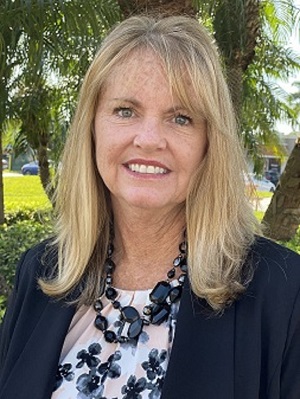 Mary Allen graduated from Florida State University in 1986 with a Bachelor of Science Degree in Rehabilitation Services. She began her 35 year career at the Lighthouse for the Blind of the Palm Beaches in 1986. She was hired as a Social Worker, conducting intakes and facilitating referrals to community resources. Within  2 years, she moved into the position of Program Coordinator for the Adjustment to Blindness Program while simultaneously taking on the new position of Low Vision Counselor, assisting the doctor in the Lighthouse’s newly established Low Vision Clinic. Mary later moved into the Director of Vision Services position, overseeing all Lighthouse programs, contracts, grants and staff. She served as the Interim Executive Director for 8 months and now serves as the Executive Director. She was the recipient of the Florida Association for Education and Rehabilitation of the Blind and Visually Impaired (Florida FAER) award for Outstanding Rehabilitation Professional for the Blind Award (2019).  Mary has lived in Palm Beach County since 1968. She resides in Jupiter with her husband of 33 years and enjoys time on the water with her grown children and granddaughter. 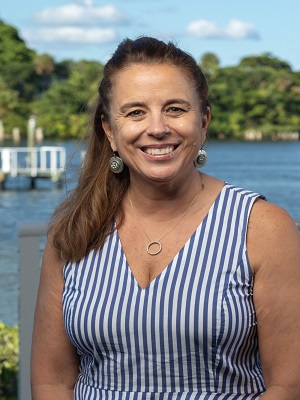 Terri Neil received her Bachelor of Arts in Communication at the University of Missouri. She started in the television industry and easily transitioned to the entertainment and concert promotion industry in Branson, Missouri then to Myrtle Beach, South Carolina. From there she worked as the Regional Public Relations Manager for Planet Hollywood Myrtle Beach and then Planet Hollywood Miami, Ft. Lauderdale and Key West. She moved to Palm Beach County in 1998 and became the Public Relations and Marketing Manager for SunFest. In 2004, just following the birth of her only child, she opened her own boutique Marketing, Public Relations and Special Event firm, where she represented numerous arts, entertainment, tennis, non-profit and social service organizations. She joined Lighthouse in February of 2020 with a passion to take her experiences and make a difference in the visually impaired community as her father, husband and niece all have visual impairments. She is a member of Executive Women of the Palm Beaches. She resides in Jupiter with her husband, two daughters and four cats. 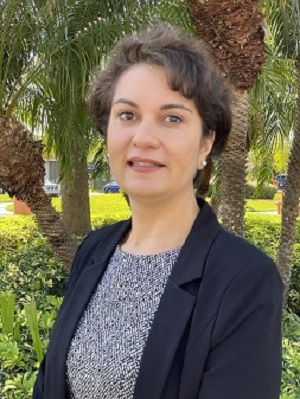 Rosemary Mulero received her Bachelor of Science Degree in Social Work from Florida Atlantic University. While working towards her degree, she worked as a health care aide for four years and served as a volunteer providing respite services for caregivers of persons with Alzheimer's. Upon completing an internship at Ruth Rales Jewish Family Services, she came to work at Lighthouse in 1995 as a Social Worker. She left Lighthouse in 2000 to dedicate herself fully to a growing family.
She returned to Lighthouse in 2008 as the Case Management Coordinator. In this role she provided adjustment to blindness counseling, community education, client advocacy, facilitated support groups and managed volunteer services. In 2020, she was promoted to Social Services Manager. Rosemary and her husband live in Lake Worth and are enjoying their newly empty nest, while their two children attend the University of Central Florida. Rosemary enjoys caring for her three dogs, cooking, traveling, crafting and reading. 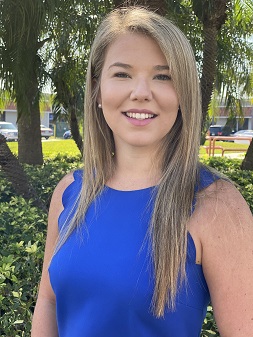 Elizabeth Prus received her Bachelor’s Degree in Education as a Teacher for the Visually Impaired from Florida State University.  She furthered her education at Florida State with a Master’s Degree in Orientation and Mobility. Elizabeth went on to become certified with the Academy for Certification of Vision Rehabilitation and Education Professionals (ACVREP). She is a Certified Orientation and Mobility Specialist (COMS) and a Teacher for the Visually Impaired (TVI). Elizabeth’s past experiences include working with children in the Martin County school district and with adults at the Veterans Administration Hospital.  Elizabeth has been with the Lighthouse for five years and enjoys working with a variety of age groups. She lives in Jupiter with her husband, Garrett, and Australian Shepherd, Riley. In her spare time Elizabeth enjoys going on the boat, spending time with her family, and trying new restaurants! 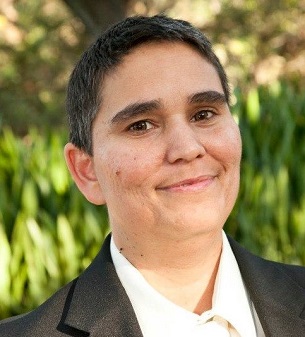 Rachael received her Bachelor of Art Degree in Special Education and a Master of Health Science in Rehabilitation Counseling from the University of Florida. She has also earned an Educational Specialist and Ph.D. from Nova Southeastern University. She was the recipient of the Florida Association for Education and Rehabilitation of the Blind and Visually Impaired (Florida FAER) award for Outstanding Rehabilitation Professional for the Blind Award (2017). She is also the Program Coordinator for the Assistive Technology for People with Visual Impairments program at the University of Massachusetts Boston. She has been a Subject Matter Expert Committee Member for the development and updates for the Certified Assistive Technology Instructional Specialist for People with Visual Impairments (CATIS) certification with ACVREP. She came to the Lighthouse in 2003 as an Assistive Technology Specialist. As she earned additional education and specializations, she moved to the role of Technology Training and Vocational Manager. She enjoys spending time with her family and two Chinese Crested dogs.